I have a hard time sitting still. Especially when I am excited about something – like a puppy waiting for a treat. So, naturally, I was dying to move forward.

After the idea manifested itself, and meeting my future soul mate, Sarah, I was ready to start putting pen to paper.

Knowing little to nothing (later I would learn that “nothing” was closer to the reality) about building an app, I started with the first logical step I could think of from my experience in building websites and other such life experiences – the wireframe.

It started as some rough sketches and quickly moved to Photoshop mock ups. I get intense sometimes, so I ended up knocking out almost all of the main components within the first night.

Within a week, I had the entire thing laid out. Sadly, it was missing one piece…any type of functionality. That’s kinda important.

A few years back I had taught myself the basics of coding in just under 2 weeks. I could look at code and know what was happening. I could even manipulate it. But to build something entirely from code – not gonna happen. Not within the near future at least.

Quickly realizing that my html and css coding was not going to do the trick here, I played around with app building tools and started to dive into learning Swift.

Friday nights became “wine and design” night. I was creating the look and feel and learning the ways to move it around, all accompanied by a good Pinot of course.

Friday nights flowed into Saturday days. And Sunday days. And weeknights. But I was on a roll and when I get into something, I jump hard.

Now, while Swift was fun, I knew that it would take a while to master it, let alone to build an app with the intricacies that I was planning. I needed help, but from who? It’s hard to find good help with limited funds, but with time slipping by, I needed to not only make moves, but the right ones.

I reached out a friend who owns a business app development company, and he introduced me to Brian, a tech entrepreneur with an app business, who immediately loved the idea. Within the first 5 minutes of our initial meeting, I knew he was my horse and together we would ride into this battle.

Everything was adding up, and the equation was building for success. The 3 of us were on a mission and ready to get huc’ing started! 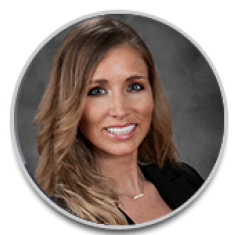